Seth Rollins is a WWE superstar and a character in the BrantSteele Hunger Games Simulator.

The king of Circle, Rollins is so boastful of his status to the point he calls himself a "kingslayer". Rollins's many Circle wins has angered Roman Reigns, who believes that Rollins drove his "one versus all" gimmick down into the grave. Studies have shown that Rollins is tied for third most frequent winner with Sam Jay. The Guilded Chris Award specially designed for Rollins has accessories that play the School Has Gone Rollins chorus once tampered with. To make himself similar to Dean Ambrose, Rollins married Jodi Rollins. Like with Monica Ambrose, many characters like to believe that the only thing Rollins and Jodi have in common is the last name. In Birdietalk Productions, Rollins is a ninja in addition to being a wrestler.

Rollins did very well when it comes to placements. Notable highlights include him trying to get married to Ruby Riott and managing to play a game without anyone getting offended (which is hard to do nowadays). He got killed by a random lightning bolt.

Rollins was the first person to successfully kill Dragonlord and claim the Ball of Light, but he was forced to surrender it two hours later because Warner Brock Sheldon hired him to do it.

Rollins is shocked to find out about Ambrose's motivations. 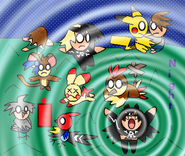 Rollins warns Fletchling about Ambrose's intentions. He then diverts her attention to Reigns.

During the Halloween Twist, Rollins is dressed up as Mega Primarina. 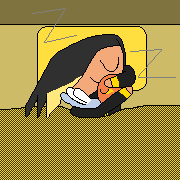 Rollins is sleeping with Fletchling.

Rollins's past actions had been forgiven.

Rollins and Annika had duovigintuplets. 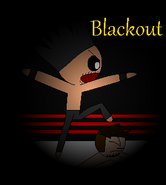 The Curb Stomp returns, but it is now under the name Blackout.

Rollins was about to get pretend-married to Scarlett when Leonard interrupts. 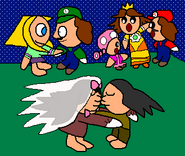 Rollins sucessfully gets pretend-married to Reigns. 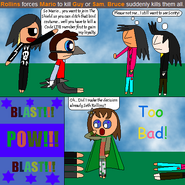 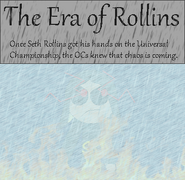 If Rollins gets his hands on a major championship, he causes chaos in the OC World.
Add a photo to this gallery

Rollins made his debut in BrantSteele before Reigns and Ambrose did. (Specifically, the order of debut goes Rollins, Reigns, Ambrose.) The ironic part about Rollins being the king of Circle is that he initially started out with the worst Circle win time.

Rollins's birthday is confirmed to be on May 28.

Retrieved from "https://birdietalk-productions.fandom.com/wiki/Seth_Rollins?oldid=5908"
Community content is available under CC-BY-SA unless otherwise noted.